During a coaching session at a local rugby club,  coach Mark Wilcox had noticed a number of younger children playing with rugby balls on the side of the pitch. The children were happily throwing  rugby balls back and forth,  some even kicking them. But what really stood out was the smile on these children’s faces and the fun they were having.

Over the following weeks, Mark got speaking to their parents and found that there was nothing rugby related available for the children locally all being under 5 years old.

In June 2011, wanting to sieze the opportunity, Mark opened his first ever class on a Sunday morning to children between the ages of 2 and 6 years old.

Since then, Mini-Rugger’s has grown from strength to strength, having trained over 500 local children, coached at local schools, clubs and community events. Mini-Rugger’s has enjoyed an ever growing reputation due to the high number of our former trainees going onto play for local clubs and schools. 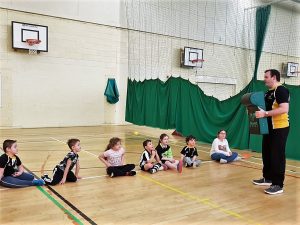 Mark WilcoxDirector Of Rugby
Having played rugby since the age of 3 year’s old, Mark brings over three decades of experience in rugby and over a decade as a professional player and coach to the region. Having played professional rugby in Ireland, the UK and USA, Mark brings a vast wealth of knowledge through his years being coached by some of the very best the game has to offer. His coaching experience is based on the Total Rugby concept, that of free flowing attacking rugby, specialised in the Southern Hemisphere. He has coached a number of local teams including Northumberland County Under 18’s women team, Ponteland, Novocastrians and West End. He has worked at a number of local schools with children from ages 4+.
This site uses cookies: Find out more.